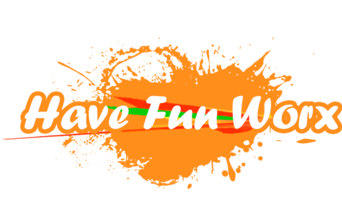 Though it is time to get fun, it is important to be aware that two and three year old children are still quite young and haven’t the patience or stamina than older children. So keeping the party light, simple and enjoyable would be the best option. Anything too loud, exciting or fast paced runs the risk of frightening the toddler and making the bash tense and unpleasant for everyone. Keep the party on a casual level that feels more like a play date then a large gala filled confusing games and frustrating rules that a toddler could not possibly be expected to follow or understand.

The four and five year old birthday party is when children really start being aware and involved in what they want. Themes play a big role during these years which can make it easier on some parents who really haven’t an idea what to do. This party is going to be very different from the previous years because now the baby is gone and in its place is a kid. A kid that not only knows what they want, but exactly how to ask for it.

The most important thing to remember is that though the little one is walking, talking, running and using the potty he/she has just made his/her move to the life of a toddler and it is best to help make the transition, easy and fun.

The first year is gone. Sneakers have taken the place of booties and the bubba has given way to the sippy cup. Running at full speed and napping shortly after from the pure exhaustion of just having fun. This little one knows it’s his/her birthday and now time to step up the party. Decorations, entertainment, food and favors have jumped into a new category, and unlike the first birthday, the second and third celebration become all about the little guest of honor for the first time. 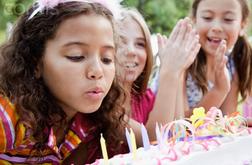 Banners work wonderfully and are easy to find in many themes and designs, as well as piñatas and grab bags. Most importantly is making sure that the cake follows in theme by having the shape of a character, item associated with the theme, or a picture of a character created on the cake. When this decedent confection is revealed there will be cheers from everyone while the birthday child blows out his candles and makes a wish.

For the little one it is best to keep the guest list small and familiar. A large party full of people that the child doesn’t know can be intimidating and strange. Some simple decorations with a favorite character in mind will be exciting and comforting. Make sure the food is simple, not too sweet and easy to eat. It is a good idea to have an alternative menu for the adults, with savory finger foods that a child could also eat if they wanted to. Also, keep the length of the party a bit shorter than for older children, three hours should be the limit. Toddlers wear out quickly and a tired toddler is seldom a happy one.

If hiring an entertainer it is best to let them know about the theme of the party. Some entertainers like the ones at Have Fun Worx work the theme into their act by making balloon sculptures using the theme, which double as party favors. In addition, having an entertainer takes the work out of having to arrange games as the performer will have plenty of activities for the children to be involved in.